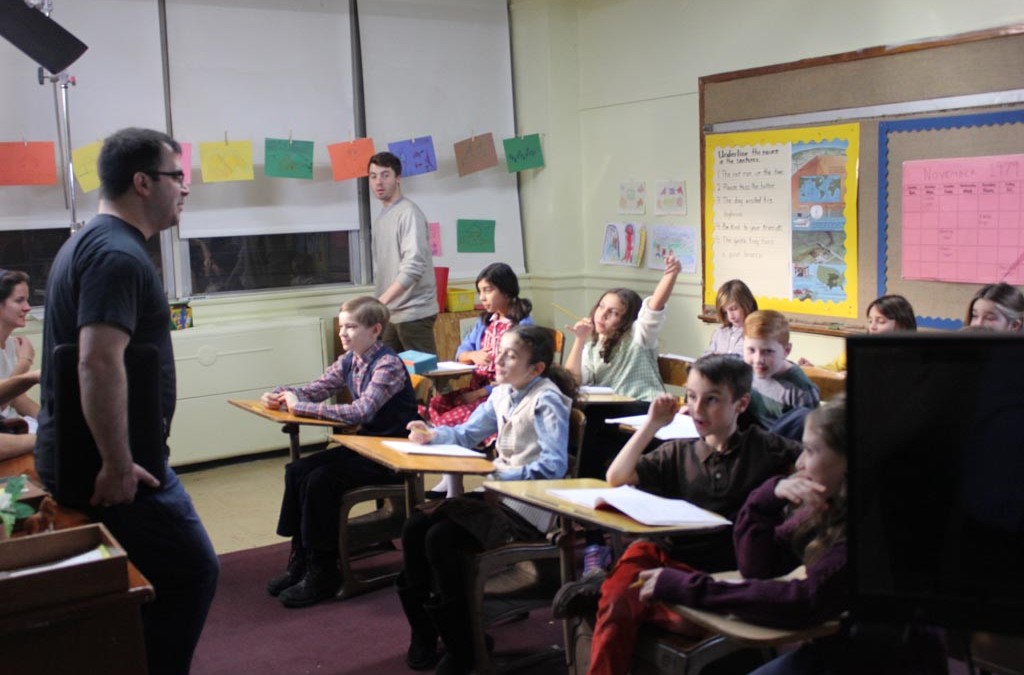 AMERICA 1979 is a short film about a 9 year old girl who experiences racism at school and how her experience trickles down through her family. What makes this film different is that the girl is Iranian American and it takes place during the 1979 Hostage Crisis. AMERICA 1979 is directed and produced by Emmy Award winning Iranian American filmmaker Lila Yomtoob. To learn more about the film, please visit www.america1979.com

We are planning to shoot the film for three days in September 2013 in Long Island, Brooklyn, Queens or New Jersey. Compensation is $100/day for 3 days. There will also be rehearsal dates in August.

We are auditioning children at the Great Neck Arts Center – 113 Middle Neck Road, Great Neck, NY 11021 on Wednesday July 24th from 5:00-8:00pm. No acting experience necessary. If possible, please bring a printed photo with you to the audition. The audition will between 5 and 15 minutes. If you have any questions, or would like to send your photo ahead of time please email artscasting@gmail.com.

It is preferred that the children are Iranian American, but it’s also ok if they are other ethnicities but pass for Middle Eastern. Following are descriptions of the children we are looking for:

Regina –  a 8-10 years old girl, who speaks English with an American accent. Smart and quiet, with a spark of troublemaker. An avid reader. Medium to long black or brown hair.

Bobby – a 13-15 year old boy, who speaks English with an American accent. Slim, preferably with grown out, shaggy hair. Naïve and respectful, but grumpy toward his younger sister. Loves comic books.

Children will be asked questions about themselves (what they like and don’t like) and asked to recount a personal story of getting in trouble with a parent or teacher (what they did and how it was resolved) and their opinions on bullying and being different. They may also be asked to make facial expressions (happy sad, angry, sneaky) and read lines from a page.

Lila Yomtoob attended NYU film school and has been working in film and television for 15 years. As a director, her feature film, “High Life” was met with critical acclaim, and her short films have screened at festivals and galleries around the country. Her films often revolve around moments in life that are forgotten or go unseen. Lila worked in sound editorial for 8 years on over 40 by filmmakers such as Spike Lee, The Coen Brothers, John Cameron Mitchell and Ed Burns, which garnered an Emmy award for her work on HBO’s “Baghdad ER.” She currently works as a producer and marketing and outreach specialist for independent films such as “Four Seasons Lodge,” “Mariachi High,” and “Hidden Battles.”